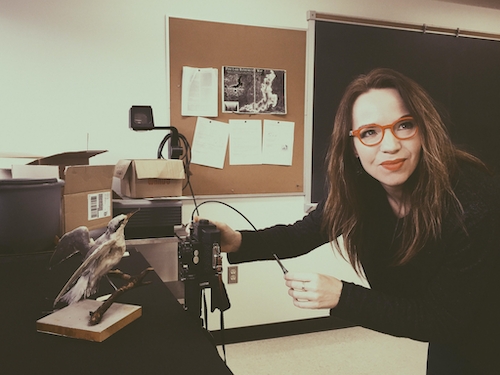 Amy Fichter was raised on a farm in southwest Iowa, where the rural landscape in stages of growth, death, and rebirth provided the impetus for her to become an intent observer of the natural world.

After leaving what her grandmother described as “the most beautiful corner in Fremont County,” Amy spent nine years honing her skills as an artist, earning a BA in Art from Northwestern College in Orange City, Iowa, and an MA in Art from the University of Northern Iowa in Cedar Falls. She then moved to Columbia, South Carolina to study artistic anatomy at the university there, where she received her MFA degree in Drawing.

Since 2003, Amy has taught Life Drawing at the University of Wisconsin–Stout in Menomonie, where she is Professor and serves as director of the Studio Art program in the School of Art & Design.

Amy currently concentrates her creative work in photography, exhibiting at venues such as RayKo Photo Center in San Francisco; Lightbox Photographic Gallery in Astoria, Oregon; and Project Basho in Philadelphia.